Every cat owner knows that cats have character. They’re independent, they think for themselves – and they please themselves! However, these feisty character traits don’t stop us cat owners from wanting to bring just a little bit more happiness and fun into the lives of our kitties. That’s where catnip comes in. But as we all know so well, there are some cats who aren’t affected by catnip. They’re just not interested. How to make them happy? Matatabi, or Silvervine, might just be the way forward.

Actinindia Polygama, as it’s known scientifically, is a deciduous climbing plant that grows best in mountainous areas of China and Japan, at elevations between 900 and 1500m. The plant bears small yellow and white flowers in season and then small, kiwi-like fruits with orange flesh. The fruit can be eaten and the leaves used to make tea.

Most notably, however, Matatabi/Silvervine is also the most popular cat treat in Asia. It’s frequently cited in Japanese manga comic books, but its use as a cat pleaser goes back much further than that. There is an old Japanese saying that goes “neko ni matatabi, joro ni koban” (we’ll let you google that but you have been warned its NSFW!).

Aside from tradition, there is scientific research to back up the use of Matatabi/Silvervine as a cat stimulant. Unlike traditional catnip, which contains only one ingredient that acts as a cat attractant – Nepetalactone – Matatabi/Silvervine contains two. The first is Actinidine, a pyridine derivative which invokes a similar response to nepetalactone. The second is dihydroactinidiolide, which has a light, sweet smell and is also said to act as a cat stimulant.

Effects of Matatabi on Cat Behaviour

The effects usually last 5-30 minutes and cats have been observed in returning to Matatabi/Silvervine within 20 minutes. The product appears to invoke a more intense euphoric response in cats than regular catnip – fun behaviours such as rolling, licking, drooling, increased playfulness and a general increase in cat activity have been noted.

Dr. Mark Mitchell of the University of Illinois has conducted an in-depth of the use of Matatabi/Silvervine as a cat stimulant. The key to the study was that the cats involved played two and half times longer with the toys associated with Matatabi/Silvervine, than those sprinkled with regular catnip.

He also found that 3 out of every 4 cats preferred the toys covered in Matatabi/Silvervine overall, considering a variety of aspects such as initial excitement, behaviours exhibited and time spent with the product.

Cats tend to chew Matatabi/Silvervine to strengthen the effects (which is why some gardeners have found precious blossoms destroyed by their kitty neighbors!) and it has been widely reported that this can help to clean cats’ teeth and reduce the amount of plaque.

There are no known hazards of Matatabi/Silvervine – indeed, the plant has long been used in Chinese and Japanese traditional medicine, and is becoming more well-known for its health benefits, which include high levels of vitamins and minerals. So it’s win-win for our feline friends all round!

Shop Matatabi
What Is Matatabi?
Summary 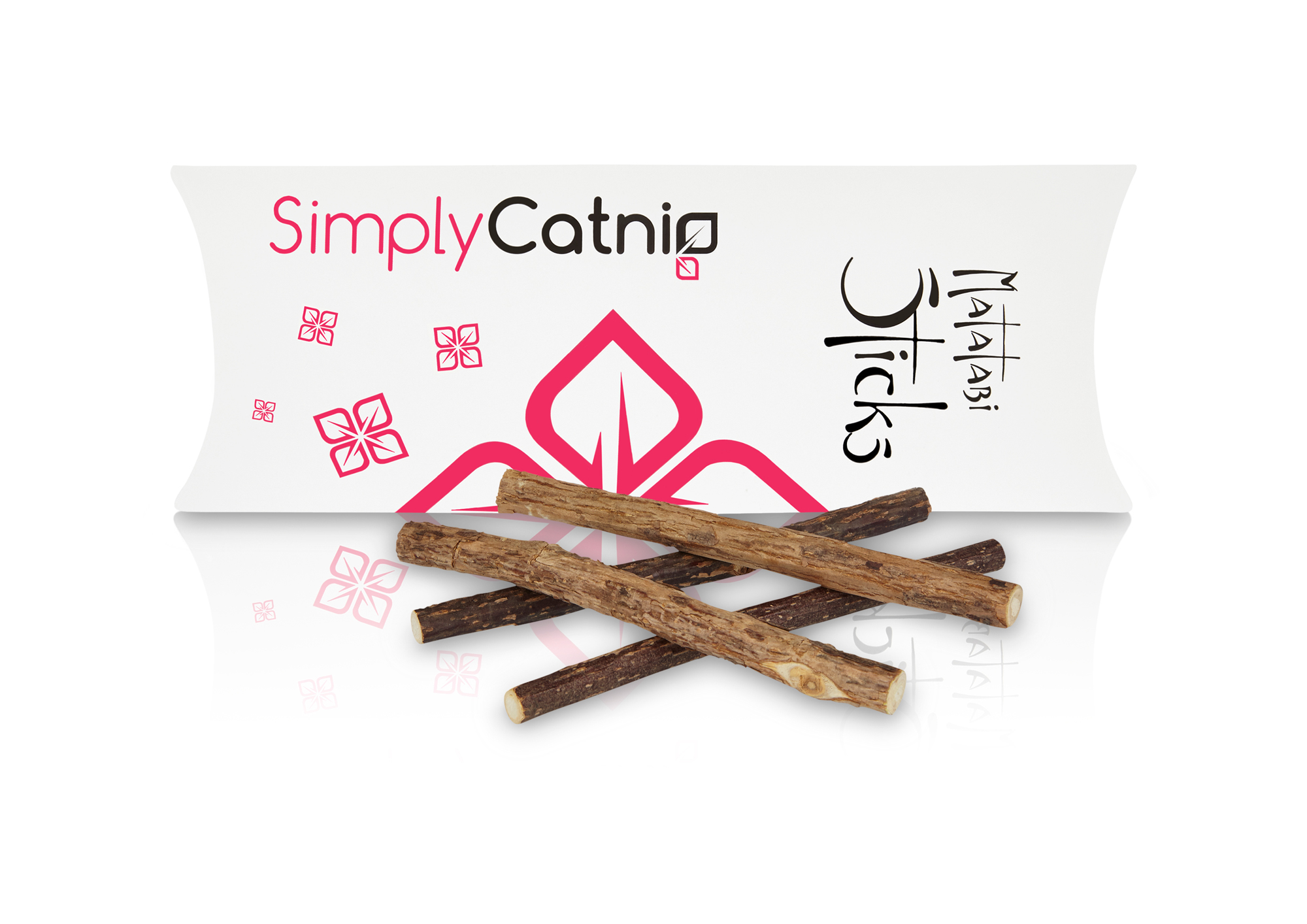